The Christmas tree has been dragged away. The lights are unlit and stored in the garage. The house is being set back in order after the holidays. In case you are thinking this is a serious blog post about how Christ is still just a brilliant after Christmas as we find Him during the celebrations (a great truth!), let me enlighten you. 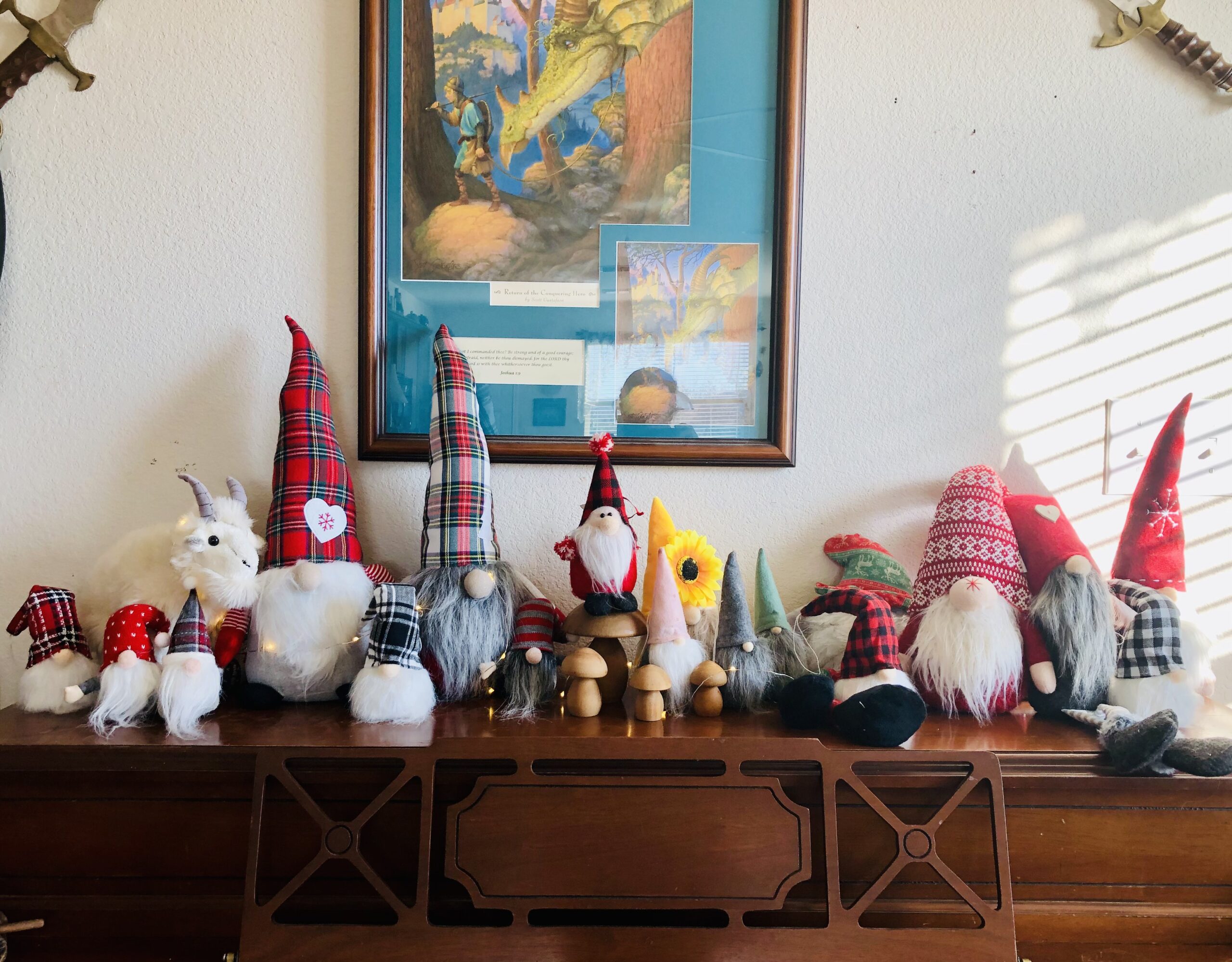 Yes, after the holidays we now have a gnome colony living on our piano. Let me introduce you, if I may. 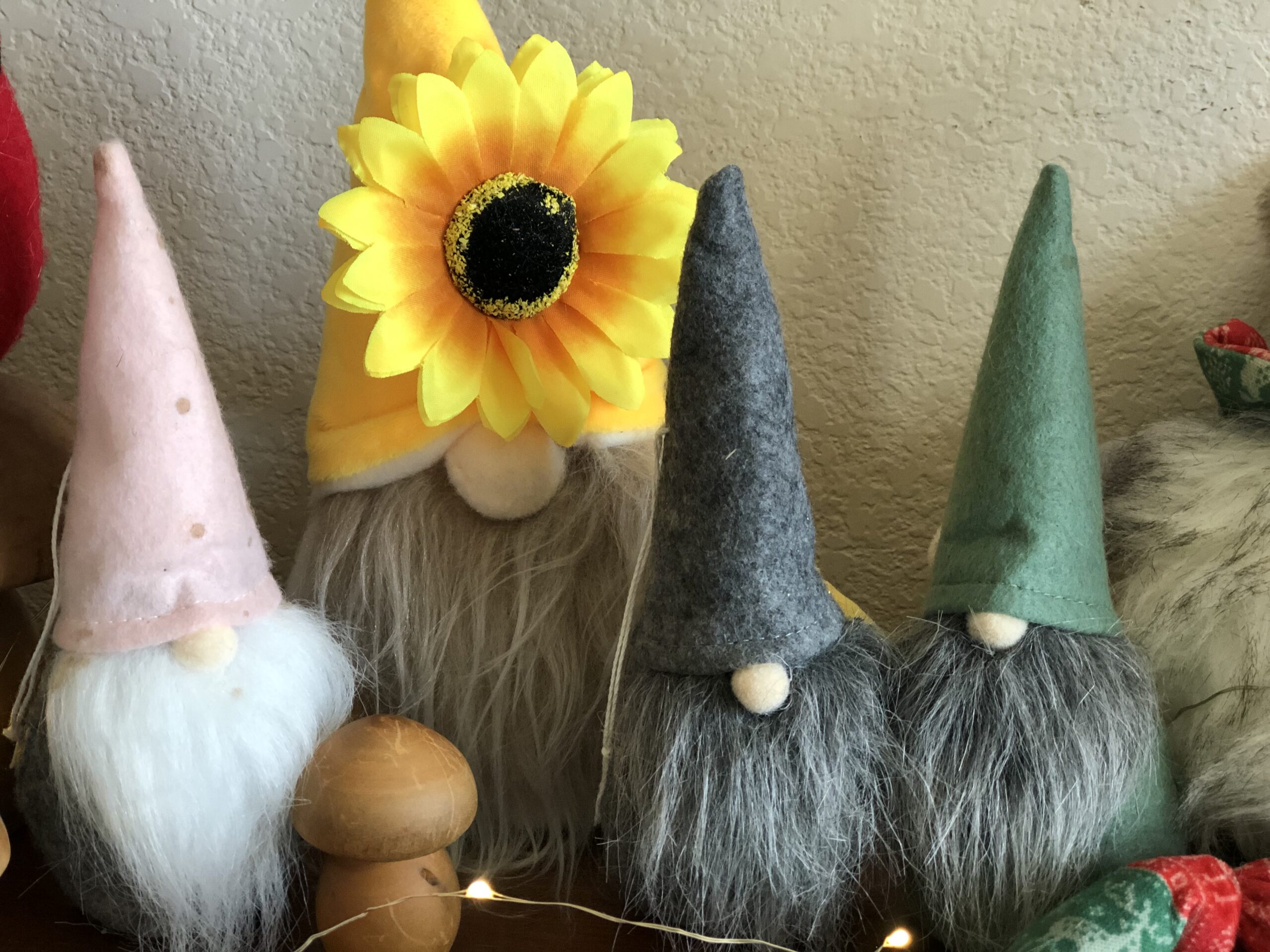 Mother HIildegard and her younglings

Mother Hildegard is the proud matron of three bright-eyed younglings, Brunhild, Charles, and Gustov. At least she tells me they are bright-eyed. I personally have never seen any of their eyes. The younglings are nearly full grown, being two hundred and ten, two hundred and twelve, and ninety-nine, respectively. The family is known for their cheery silence and exceptionally well starched hats. Though Charles is a bit of the dark one of the family, not always smiling when the rock showers down in their mine and such like. Ladybugs are their especial friends. 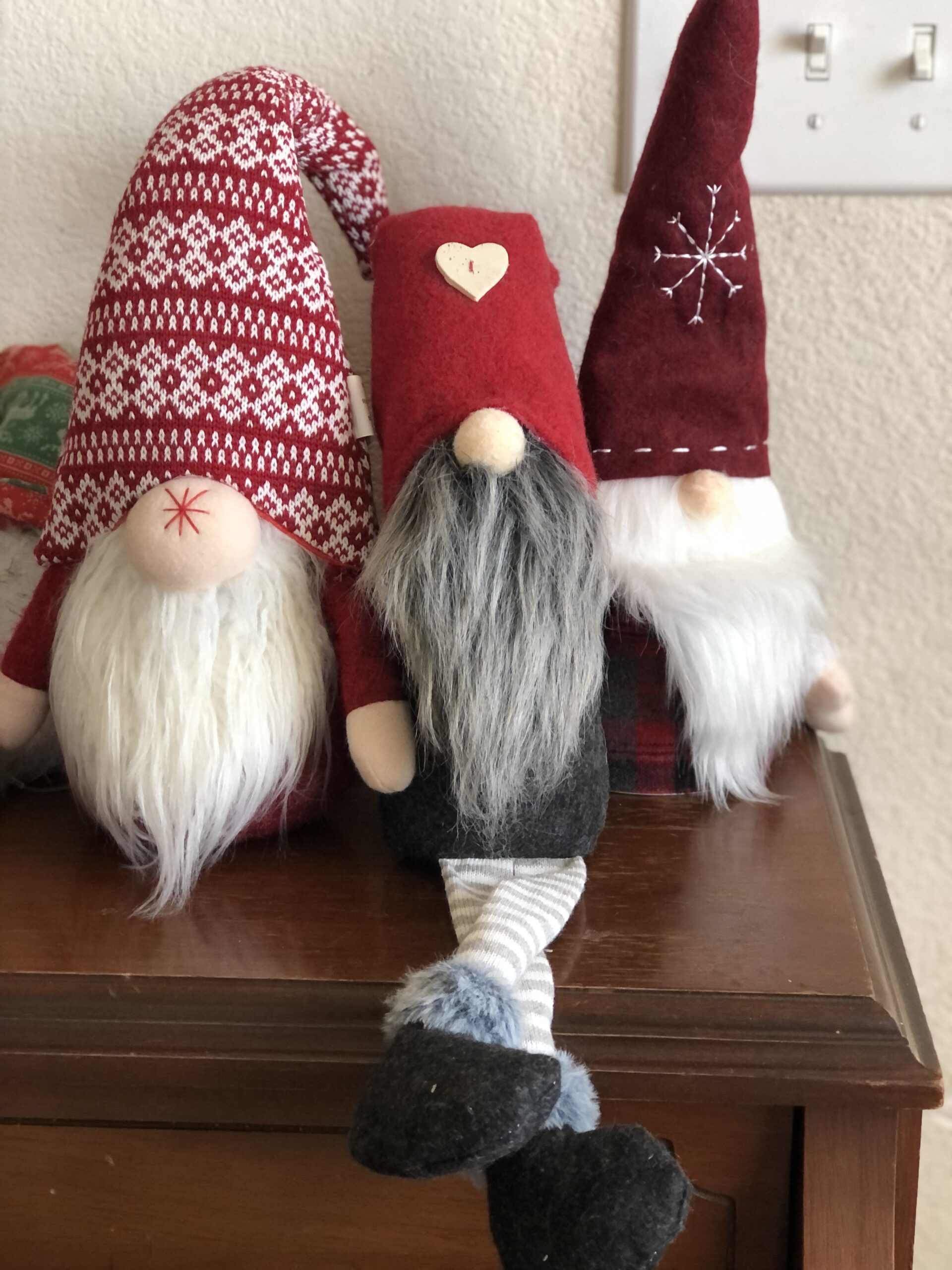 Alberich and Inger are the leaders of the colony. Alberich is wise and steady (despite having lost his cloak of invisibility to a rude fellow many centuries ago) and proudly bears the mark of the astericks on his nose. He is a rock of solidity to the gnomes under his care and has the right answer to every question brought to him. Inger, his spouse, is a cheerful mothering sort, who delights to cook and share her goodies. Inger's Coaly Muffins are as well known around the colony as is the trick to riding a haddock.

Old Ole is the elder of the colony. He suffered a fall a few years ago and no longer has legs. At all. But it isn't as much of a loss as one might expect, as he hadn't moved from his place in ten years even before he lost his legs. He is a quite content to sit and watch the sights. The rest of the colony enjoy hearing his reminiscences of older days when dragon rides were an everyday occurrence. 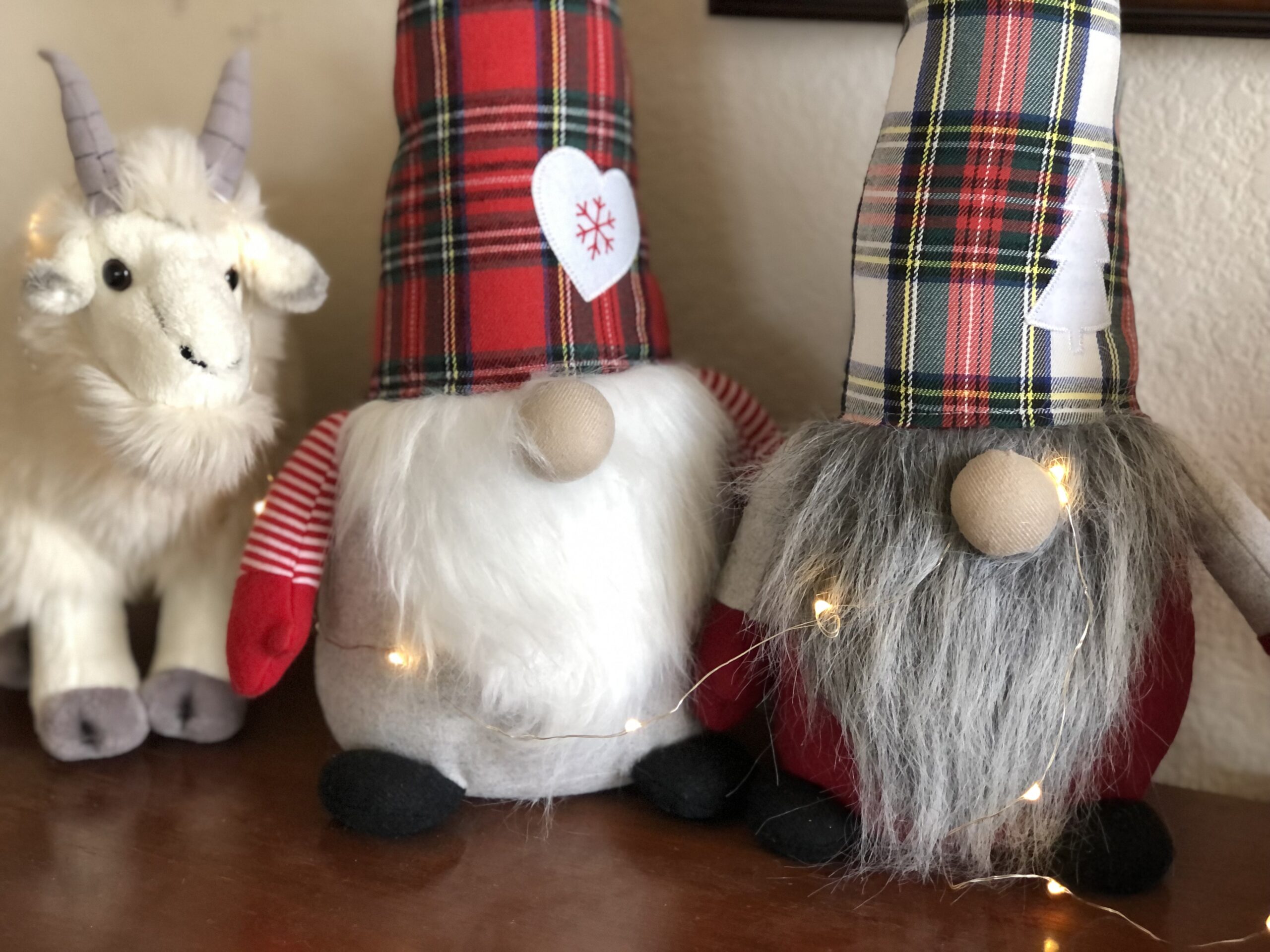 Jan and Petter are the big brothers of the colony. Truly, they are the large ones. When something heavy needs moved or something tall needs extracted, or a youngling needs a good threat, Jan and Petter and their goat Snowy are sent for. Not much for conversation, but excellent for comfortable quiet company. 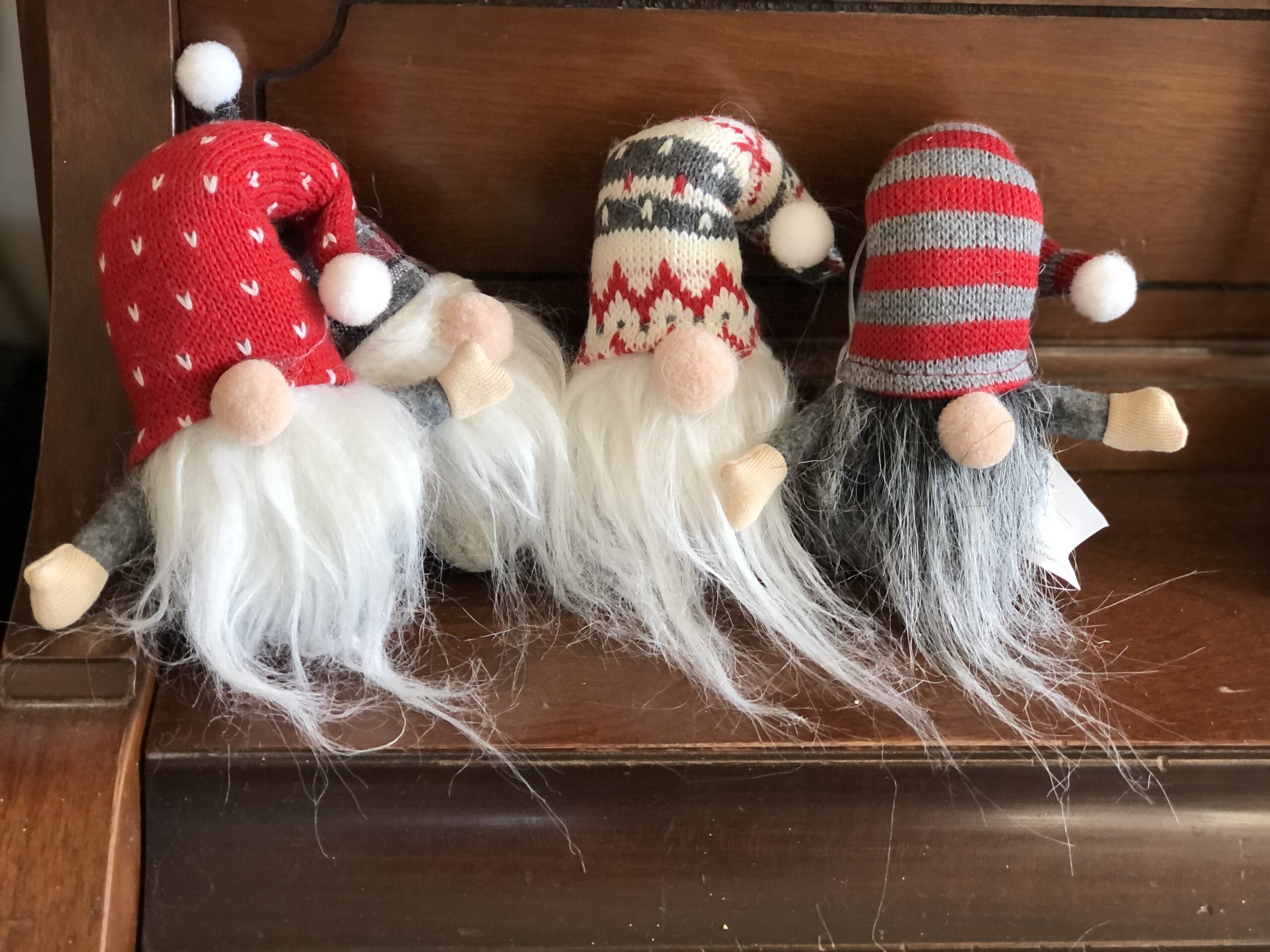 This is the Lasiki clan. Small and tittery, they scurry everywhere and pass the news from gnome to gnome. The rest of the colony find themselves smiling whenever a Lasiki comes by. Though Old Ole has also been heard to complain at their incessant squeakiness. 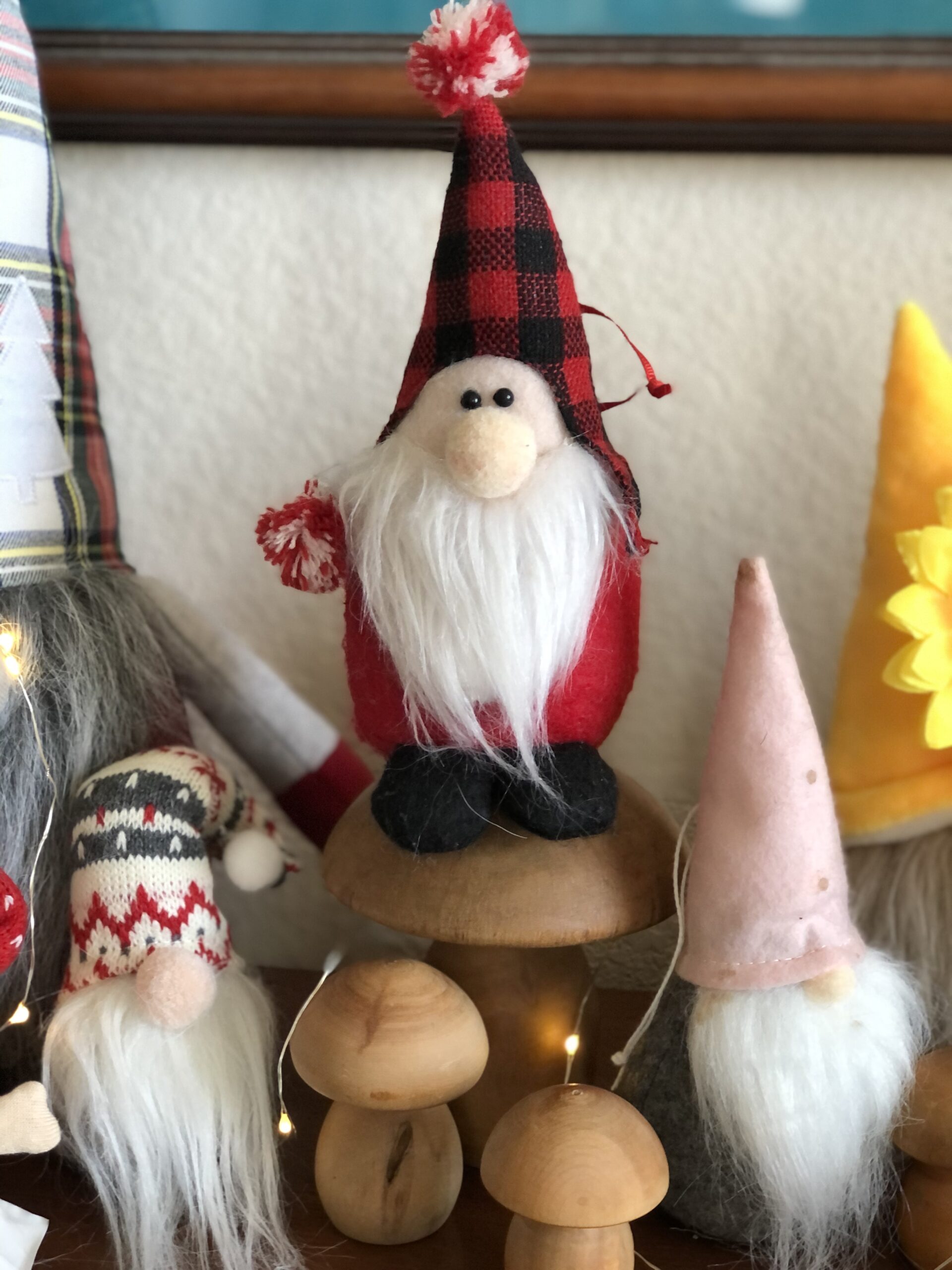 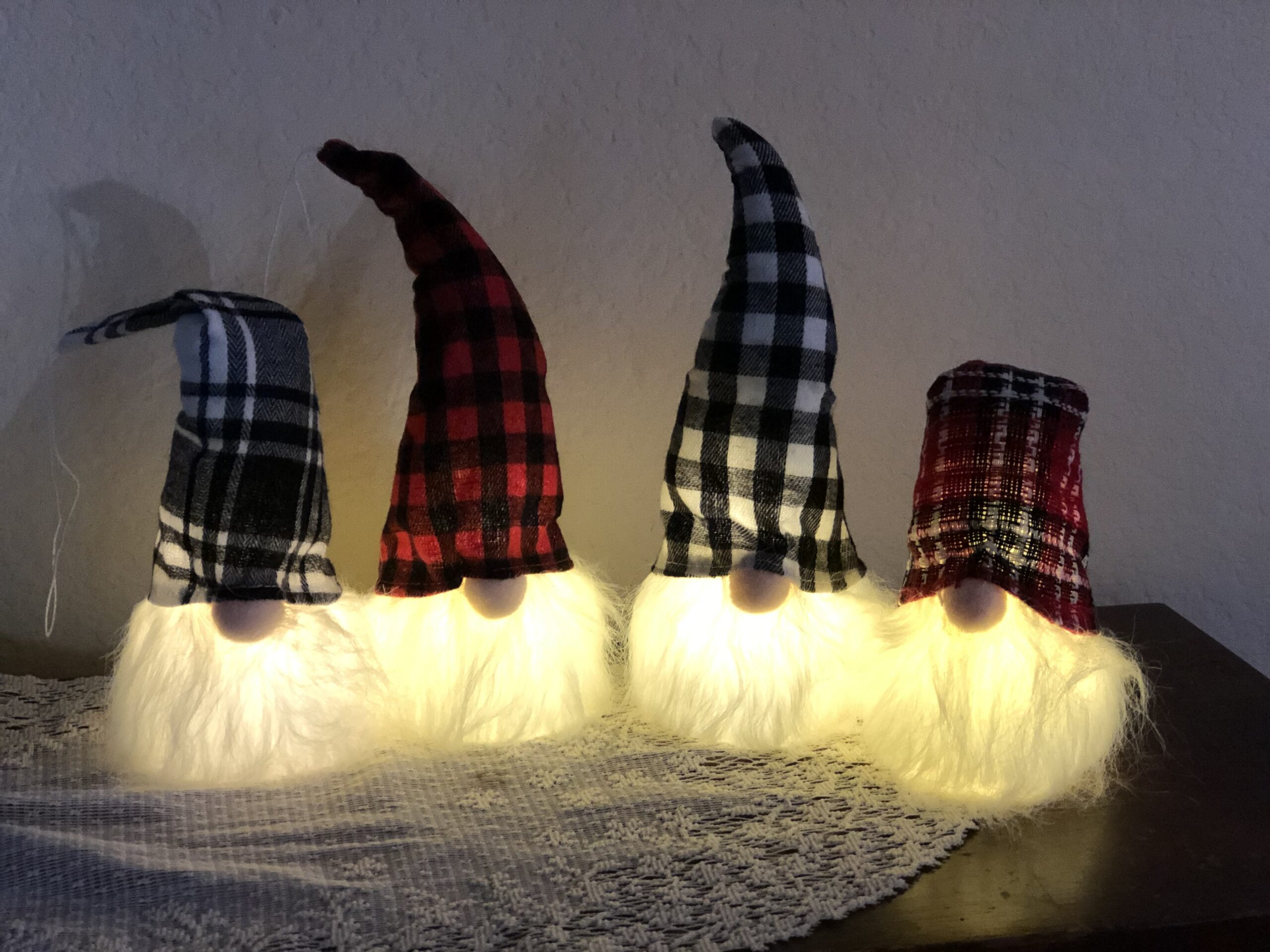 Caspar, Lars, Mia, and Sonia are a very bright family. They enjoy spending their time underground, or even better, with their friends in the colony during the evenings. Many an after dinner gathering has been bettered by Alberich reading aloud by these little gnomes' glow. The other thing that amuses them is to switch hats. No one in the colony can tell them apart except by the hats. When addressing one of these little ones and receiving a huffing muted chuckle, you can be certain they've been switching hats again. 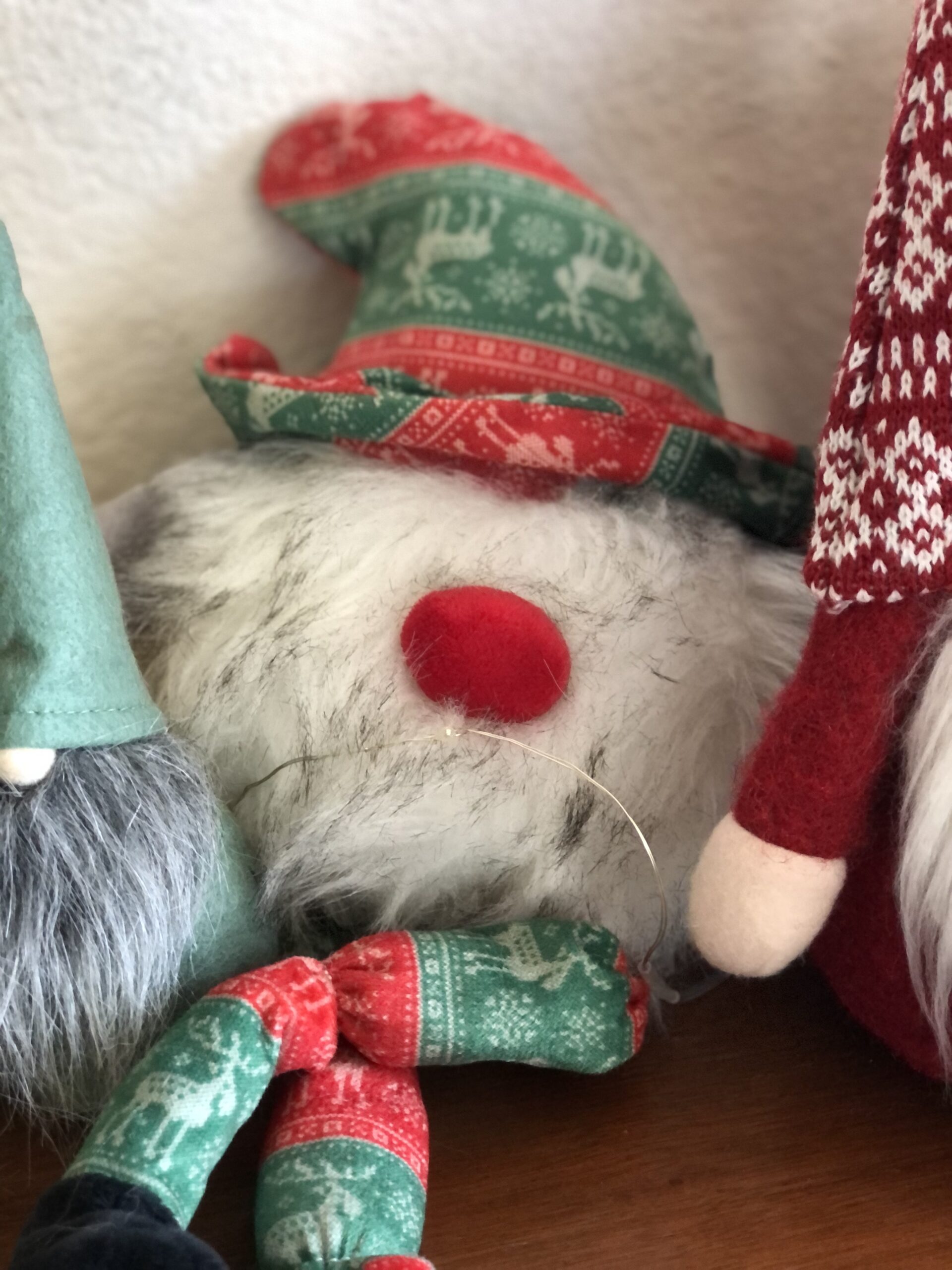 Every family needs the crazy uncle, and that is supplied in spades by Viggo. Amongst other oddities, he tends to talk in a scream, and has a beard as bushy behind his head as in front of it. His foot squeaks, which has disturbed Old Ole to no end. Perhaps the less said about Viggo the better. 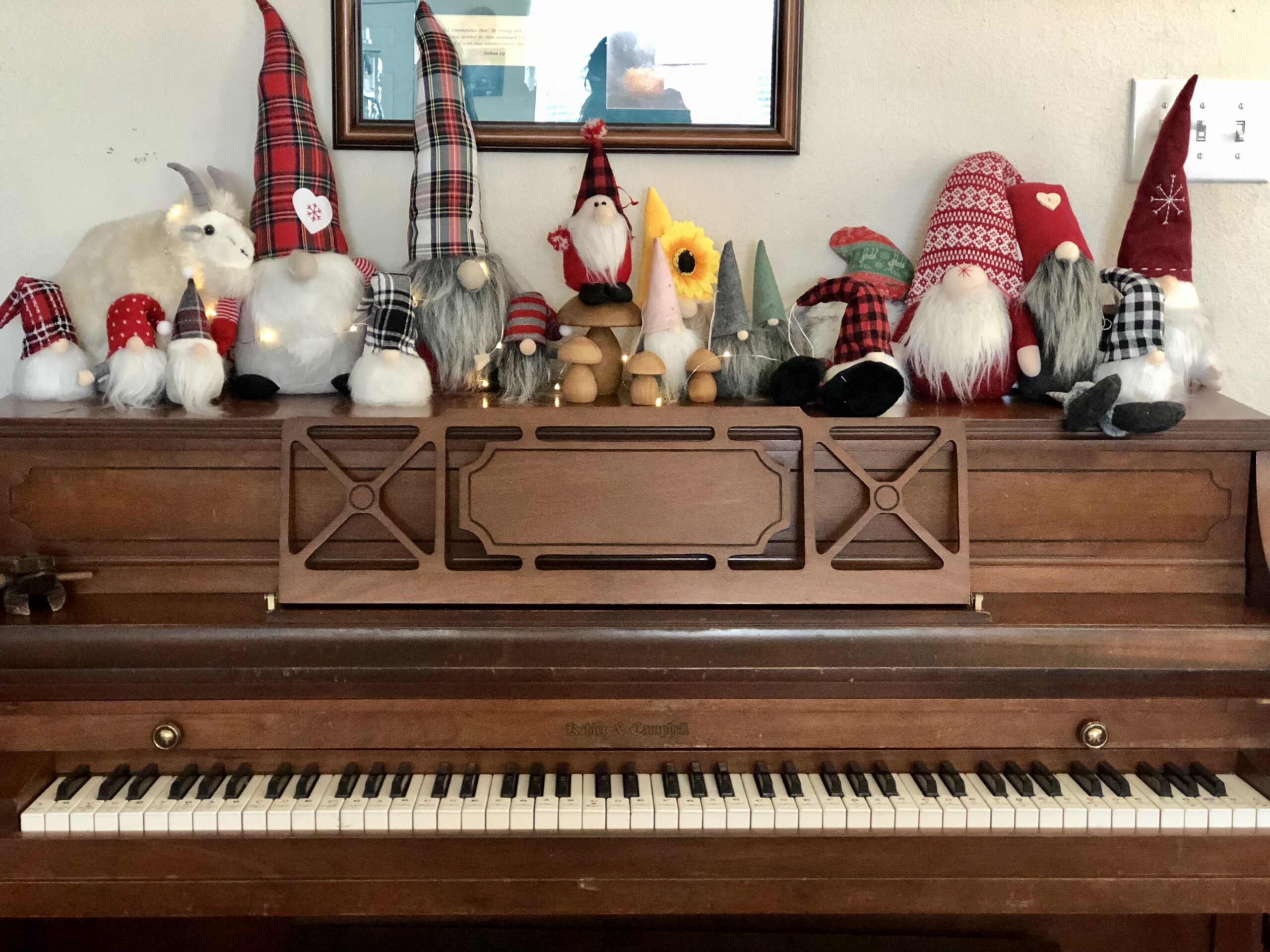 We find the colony on our piano most enjoyable company, especially after the holiday things have been put away. I do hope you enjoyed making their aquaintence.